A recent study has shown that Lophelia reefs have co-benefits for both sharks and humans. 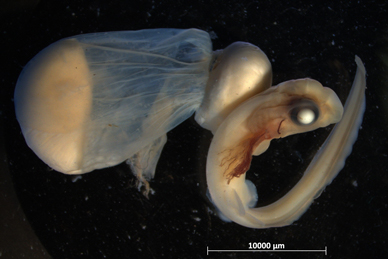 The study by Heriot-Watt University scientists found  spawning grounds of the blackmouth catshark Galeus melastomus using seabed and video surveys on the Mingulay Reef Complex, a seascape of cold-water coral reefs off western Scotland. During two research expeditions to the reefs, catshark eggs were discovered on the Lophelia reefs of Mingulay (shown in image above). When combined with seabed surveys conducted over two decades, shark abundance of G. melastomus, a species valued by the recreational sea angling industry, was found to be significantly higher nearer reef habitats. 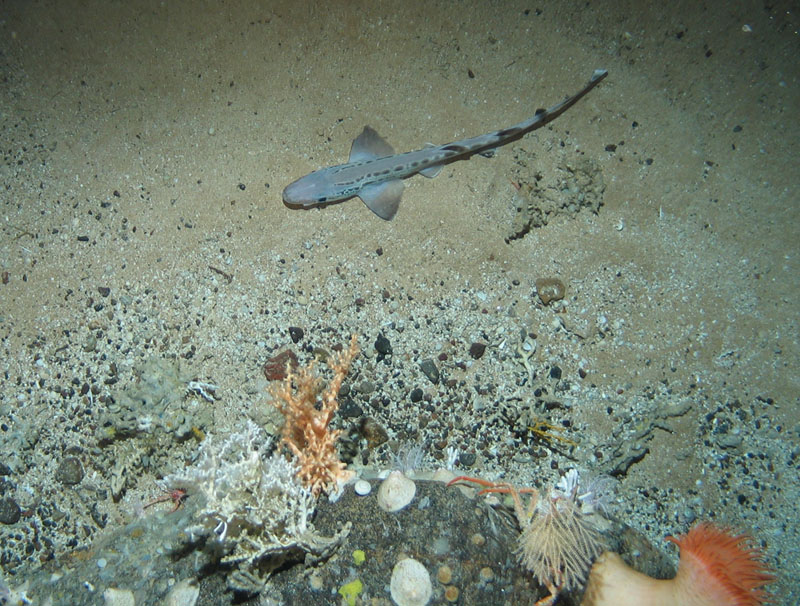 This case study demonstrates how a local coral vulnerable marine ecosystem helps maintain key life stages of shark populations and provides socioeconomic benefits. Evidence for co-benefits between corals, sharks and humans provides a compelling case for identifying and protecting coral ecosystems. The findings demonstrated the importance of local cold-water coral reefs to shark populations and the potential socioeconomic benefits. This reinforces using an ecosystem approach for managing deep-sea fisheries that would protect coral ecosystems, and supports the need for rigorous investigations into the global importance of cold-water coral habitats to sustaining early life stages of deepwater sharks.

See this story featured on the BBC, STV and in the Scotsman. For information on how climate change may impact their homes in the future, follow the link here.